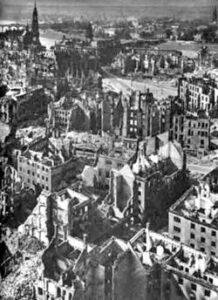 Listening to sound bite after sound bite from the 16th Annual International Aids Conference in Toronto is almost too depressing. Hearing what that dreaded disease has done to nations such as Africa and what it is doing in our own nation saddens anyone with a heart. To be sure, AIDS is a scourge that must be dealt with. To do that, we must be given all of the facts surrounding the disease and all known methods of prevention, regardless of whether or not they are politically popular.

The two points that I have a problem with after listening to the celebrities give their rehearsed public speeches is on how to control the spread of HIV and the root causes of it. We are told by the likes of Toronto Mayor David Miller and celebrity and mediocre actor Richard Gere that this is a global problem that all levels of government must address. Of course it is. So are multiple sclerosis, muscular dystrophy and cancer. The only real difference between those deadly scourges and AIDS is that HIV is almost totally preventable. The main problem right now is that due to political correctness, we are encouraging the activities and lifestyles in which the killer thrives and in which it is highly transmittable.

Take for example the stats on AIDS that can be found on the website of the Centre for Disease Control and Prevention.

In 2004, the breakdown of known males and adolescents living with AIDS within 33 geographical areas was astoundingly straight forward. 65% of all cases were attributed to those who were actively engaged in sodomy. Another 14% were intravenous drug users, and 5% were both. That is a total of 84% of AIDS victims living in lifestyles which have been known to be conduits for the HIV virus for more than a decade now. Only 16% of men and adolescents infected with AIDS were hetero .

What does this say? To most people, the facts are obvious. Engaging in sodomy or intravenous drug use is a deadly activity. That, however, does not stop our politicians and activists like Richard Gere from standing up to support those in alternate lifestyles. In a race to become the most accepting and compassionate, we have somehow come to a place where we not only condone but also encourage the next generation to engage in acts that are not only unnatural but that are clearly very risky.

The study also went on to suggest that while strides have been made in fighting this deadly disease, those strides have only served to give those practicing sodomy the false sense that it was now less risky to have unprotected , thus increasing the transmission rate.

What is missing within our society in respect to the HIV virus is not an unwillingness of government to act, but the inability for those whom we elect to pass legislation that will curtail this epidemic. There is also a clear lack of the morality and self-control needed on the part of a great deal of those who are in high risk groups to curtail their own behaviour and/or to leave those high risk activities such as intravenous drug use and sodomy.

I think it is sad to see so many gather in Toronto to discuss this important health issue and to hear none of them suggest that perhaps it is our hedonistic attitude that is contributing to the misery which AIDS inflicts upon its victims.

The United Nations stats on AIDS is somber. In 2005, there were 2.8 million deaths due to the disease. It has killed more than 25 million since 1981. Africa has 12 million orphans from just this one disease. I can’t even begin to imagine the level of suffering that that statistic in and of itself would bring. So much heartache.

By the end of 2005, women accounted for 48% of all known cases, a dramatic rise. Women are most likely to be infected during hetero contact by infected males.

Young people 15-24 account for half of all the new HIV infections worldwide, of which there are 6000 per day.

Still, even with these sobering statistics we fail to teach our own children of the virtue of heterosexual marriage, of abstinence and faithfulness. Why? Because our parents preached those principals to us and we are insistent on discarding all of the relics which remind us of them. We are wiser in our own minds and believe that we do not need the boundaries which their morality bridled us with.

The results are so clear to see.

There are who I call the ‘innocent victims’ of AIDS. Those are the children who inherit the disease from their parents during childbirth. There are those who are infected by partners who are infected unbeknownst to them because of infidelity and promiscuity. Some are simply victims of poorly tested blood transfers, while others are contaminated unknowingly in other ways when bodily fluids are exchanged, perhaps during first aid or critical care.

But most are simply infected because of the choices that they have made. As callous as that sounds, it is the simple truth, and until we tell our future generations that their actions may and probably will have grave consequences, the situation will simply continue to worsen. Without preaching and teaching values to our children, all the outspoken celebrities bring to the table is chic.

When we tackled lung cancer, we attacked the root causes. Those causes were smoking, second-hand smoke, and the conspiracy of the big tobacco companies to hide the truth about their product to us. To be fair, many of us (including myself up until 2003) continued to ignore the facts and continued to smoke. Our fate is a willing one. Regardless of how hard an addiction is to defeat, most are self-inflicted.

The same goes with AIDS, especially in North American and European countries. We have been educated enough to know that pre-marital and extra-marital relations are not safe. Sodomy is not safe. Teenage sex is not safe. Even so, we continue to demand our rights to engage in each of these activities. We fund our health departments not to teach our children to cherish their bodies, but to have and to be promiscuous. We then tell them that they can be whores safely and lament their plight once they are no longer healthy.

Is it any wonder we now have super strains of syphilis and higher rates of gonorrhea, both being diseases that make transmission of the HIV virus more likely between and infected and non-infected partner?

The 16th International Conference on AIDS is a noble idea. Its goal is also worthy and so are the efforts of those involved. Now if we would just take our heads out of the sand and see that we are causing this plight ourselves.