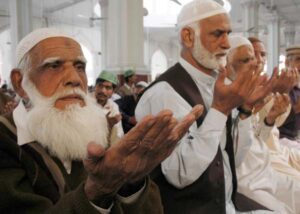 It has been a very interesting week. Journalists from around the globe have come to watch and sensationalize the goings on in our courts as 17 accused are brought before our impartial justice system.

Indeed, it seems that there are many who live elsewhere that are just as surprised as a large number of Canadians are that terrorism would be able to find our address. I must say that this week’s events, while startling and almost surreal, really come as no surprise to many of us.

Canadian news outlets probably haven’t had to expound on anything this big on our own soil since the day the towers came down south of the border. Our national elections garner a lot of publicity, but this latest event seems to have become much bigger.

There have been by now absolutely thousands of articles written about our own homegrown plotters. There is no shortage of speculation as would-be sleuths try to determine who these men are and what their targets were. There is also no shortage of feedback from around the world and from the citizens of our country.

Among all of the stories and all of the angles, one caught my eye this morning. It contained statements by Imam Aly Hindy of the Salaheddin Islamic Centre in Scarborough. He was somewhat undignified that these arrests have been made and was upset at what he felt was profiling by the authorities of the muslim community since the atrocious attacks in New York in 2001.

The statement that Mr. Hindy offered to a New York Times reporter on Monday underscores his feelings. “People are suspicious and there’s anger,” said Aly Hindy, “We are being targeted not because of what we’ve done, but because of who we are and what we believe in.”

I believe that Mr. Hindy’s statement reveals some truth but that it misses a great deal of it. His outcries of implied racism are getting tiring, as is the racism argument in its entirety. Mr. Hindy either does not understand the situation that many radicals within his own professed religion are placing all Muslims in, or he is simply part of the problem and part of the radicalization of his faith.

Mr. Hindy must know that there is no attempt by anyone to simply target muslims or to discriminate against them in a racist manner. But he must also realize that, again, there are those who profess to be muslim who are intent on the destruction of this and every other free country. As for targeting people because of “who we are and what we believe in”, I would say that he has made an entirely accurate statement, but only if he is one of the jihadist radical islamists that are intent on taking our freedom away.

For we must continue to keep focus on the enemy, and at this time, we are fighting Islamic fundamentalist extremists. It is a long title, but it is appropriate. Right now, I would garner a guess that most intelligence agencies are on the look out for the same thing and that is members of the muslim community who are involved in conversations regarding terror, those who are making purchases that can be used to make weapons which can be used against a great number of people, and those with criminal records or who are in the habit of accompanying the same. There are a whole slew of other factors, but it would take too long to list even the most probable.

What is it exactly that muslims like Mr. Hindy want? Should we simply bury our heads and behave as if all of the world’s extremists were on the planes that crashed on September 11, 2001? Should the world’s governments ignore the obvious traits that most of the terrorists have had in common, such as being born in certain countries, being of an Arabic or Middle Eastern background, and being muslim? Perhaps we should cease and desist on arresting individuals suspected of terrorist activities and wait for them to actually blow something up. What is it exactly that offends some in the muslim communities regarding our efforts to prevent these sick people from attaining their goals?

As a Canadian, I am not willing to give up my civil liberties, but that does not mean that I will bury my head in the sand or pretend that every action taken to protect our nation is against me or people like myself personally. Take for instance my story last week on what can be discovered on the internet. I know full well what the searches I did will provoke. I would be less than surprised and almost worried if I were not even right now being monitored. I ordered a handbook that any law abiding citizen would find no reason to have in his or her possession, and I looked up some very nasty items.

Were I to be asked by the authorities to explain my suddenly peculiar internet behaviour, I would not instantly be looking for my security blanket, nor would I feel raped of my civil liberties. It is quite the opposite. I would feel as though my country was being watched, such as a sentry would keep an eye open at night to keep the camp safe. Do I want surveillance on all of our streets? Of course not. But if the government is watching communications for certain subjects and keywords and is listening to certain conversations between countries embroiled in terrorism and perhaps in certain languages, I have no problem with that.

What I find excruciatingly frustrating is that the people who are now complaining about the government’s tactics and the dramatic security surrounding this case would be the very first to decry the government’s lack of security were something terrible to transpire. (For those of you in college, that means to happen or to take place.)

As for those in the muslim community who don’t like the tactics of Canada’s various security agencies and police forces, I issue this challenge to you. Flush these cowards out of your mosques. Condemn all radical speech as unacceptable and turn over any and all information regarding subversive activities involving any member of the muslim community immediately. Were the Jews to hide these kind of murders in their synagogues or were Christians willing to pander to murderers in their midst in the church, the response would be the exact same against their community and places of worship as it is now with our muslim community.

You, Mr. Hindy, are no better than any other Canadian, and as a Canadian, it is time for you to put Canada first and to stop this rhetoric about how you are being persecuted. There is a groundswell of emotion rushing against your religion not because of remarks by our Prime Minister as some have suggested, and certainly not because of the allegations put forth in the form of criminal charges.

The fault, my fellow Canadian, lies at the doorstep of your mosque and others like it. Deal with it like a man and stop blaming every one else. It will not be until the majority of muslims speak out and turn out these sadistic hate mongers that muslims will be looked upon in the same light as every other group in this great land.