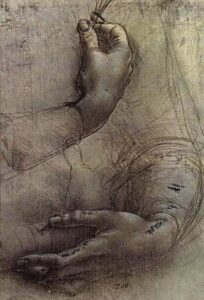 As a Christian, I find the controversy surrounding the Dan Brown fable ‘The DaVinci Code’ to be absolutely warranted yet at the same time I am puzzled by it.

As the editor of this website, I try not to stray into matters of religion because I know full well that not all of my readers (or anybody’s) are religious. I am also fairly certain that not all that are follow the same beliefs as myself. Having said that, I must add that with the DaVinci Code as my topic today, I see no way to avoid some religious content.

I stated at the top that I can understand the church being upset at the premise of the DaVinci code. To attempt to portray Jesus as a man who fathered children and who had a lover or wife is simply blasphemy to those of us who embrace the Bible as sacred and as divinely inspired.

When one talks about ‘the church’, there are three distinct objects that one could be referring to. To Catholics and many other denominations, the church is the actual organization. To some, churches are buildings. When I refer to the church, I am referring to it in the context that Christ himself used; that being the body of true believers regardless of their denomination or what institution they find themselves affiliated with.

I also stated at the top of this letter that I was also somewhat puzzled by all the hoopla that this quaint secular novel has generated.

Most would agree that the church has been under attack since time immemorial. Whether by men of science with no faith, by tyrants who found it to be a hindrance in the way of total domination of their subjects, or simply by those who profess to not believe in God as a way of searing their conscience, Christianity has been a very large target for a very long time.

The DaVinci Code is a work of fiction. It is fantasy and make believe. With all of the assaults on the Christian church taking place today, I find this one to be of little effect.

Keep in mind some of the serious issues facing our culture today. We have seen morality fall off of the charts in our culture; our society has become totally secular with the church having very little impact; homosexuality is being presented to our children as normalcy, abortion is legal and acceptable to most; our present generation has little comprehension of right and wrong, and the masses have forgotten most of the lessons that our grand-parents had to learn the hard way in regards to freedom and liberty.

One can readily find a church that claims to be Christian that follows only the scriptures that benefits its own twisted beliefs. There are many that openly rebel against their own elders. We have a generation of church goers who ponder the financial ramifications of their votes in electoral contests but fail to measure the moral impact of their decision. There is the United Church minister who has suggested that Jesus was gay.

On a daily basis we can read about some new discovery regarding evolution, another missing link, or further proof that great-great-great-grandpa really gravitated towards a breakfast of mainly bananas. This week’s headlines on Google serve as a very representative sample.

There was mention of the Hobbits, those little people found in an Indonesian cave and who are purported to be a step in the evolution of man. (Seems as though there is now doubt; what a surprise that is.) There was a story that suggested inter-breeding between chimpanzees and humans (the cause of politicians?) may have been a second branch of evolution. Last but not least, the newest solar system that has been discovered has caused scientists to once again state that the chances for finding life elsewhere just increased.

I find that all of this outrage that some church organizations feel they need to project because of one writer’s work of fiction is simply fueling the fire as it were and is simply creating more awareness of a very bad movie than Hollywood could have done on their own.

We live in a very peculiar self-professing secular society. It has been made clear many times that you can’t discriminate against other religions. You can’t even draw pictures of the false prophet Mohammed lest someone drag you in front of the human rights commission or attempts to have you charged under our ridiculous hate crimes laws. Those laws also encompass anti-Semitism and protect those of any religious persuasion it seems; except for Christianity.

I suppose that the point I am attempting to make is that the church is constantly under attack. Whether through secular means or even through false churches, there is a never ending barrage of attempts to discredit anything Christian. Our elected officials routinely show up at Sikh, Hindu, and Muslim events dressed in cultural garb for the cameras, but when Christianity comes into play, we must separate the church and the state.

We celebrate Quansa and other foreign religious celebrations as a society, but then witness attempts to extinguish celebrations that are exclusively Christian in nature.

Putting it into perspective, I find the DaVinci Code a non-event. It isn’t the first assault and it definitely won’t be the last.