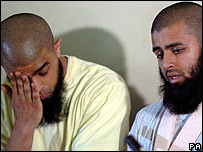 There has been widespread coverage of the botched raid that police in London, England executed June 2. Police, seeking some kind of chemicals, entered the house of two brothers forcefully and then proceeded to make dastardly mistakes.

In an extensive anti-terrorist raid on an east London home, police shot and wounded Mohammed Abdul Kahar. Not knowing what was happening, Mr. Kahar stated in court that he heard his brother scream and then lots of commotion. Upon going down the stairs to investigate, the unthinkable happened.

“I assumed a robbery was happening,” he said, recalling how he edged down the stairs before suddenly seeing a spark and hearing a big bang.

“I fell on the wall. I was on the floor, I looked at my chest and I saw bleeding coming down my chest and I saw the hole in my chest. At that moment I knew I was shot,” said Mr Kahar. Mr. Kahar had just been shot in the shoulder by a policeman in his own home.

As he lay on the stairs bleeding and fearing for his family, he was kicked in the face by a police officer and told to “shut the f*** up”. He was then grabbed and dragged down the stairs and thrown on the pavement outside.

I don’t know about you, but if that were to happen in my home, I would be a little incensed. I can’t imagine living an honest life in a free society and having such a sequence of events unfold in my home by the city’s law enforcement agency.

The London Metropolitan Police Force has acknowledged that they made a rather large mistake and admit that they raided the house of two innocent muslim men. Assistant Commissioner Andy Hayman issuing a formal apology to the two brothers.

The amazing part of this story is not the raid itself, but what has been said by these men since the incident that ripped their lives asunder. Living in Canada, we are constantly shown how people are victimized. It seems that if we can show how someone here has been wronged in the slightest way, we feel that we must offer them the world in a bizarre attempt to atone for some wrong, either real or imagined. As well, there is no shortage of advocacy groups for special interests and every possible subgroup of our society. Where ever there is an opportunity to point a finger, we will find coverage of it.

The statements offered by the victims of this raid were starkly different to what we would most likely hear in our country. Mohammed Abdul Kahar and Abul Koyair have stated that an apology was more important than compensation. They also supported the police and recognized that they have a very difficult job. Mr. Koyair acknowledged that “Without police the country would be lawless.”

Dressed in a grey t-shirt and grey jogging bottoms, Mr Kahar described himself as a law-abiding citizen, born and bred in London. “This is my country. I love everyone around.”

Mr Ali Dizaei, a Muslim and a member of the Black Police Association, said the Met Police did “an extremely difficult job in a very extraordinary set of circumstances”.

“I think the majority of the community – particularly my own community, the Muslim community – that I talk to on a daily basis, actually appreciate that.”

Wow. It has been a long time since I saw a story where everyone involved looked at a bad situation from the standpoint of a countryman and not as an individually oppressed victim. It must be tough being a personal injury lawyer in England.