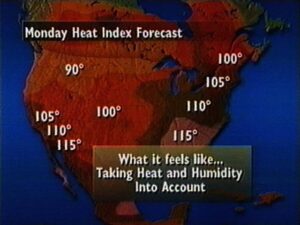 Prime Minister Paul Martin yesterday lambasted the United States for not getting on board the Kyoto Protocol, the flawed, politically motivated environmental program heralded as the best hope for mankind against the upcoming climatic apocalypse.

Washington shares the views of many that Kyoto is flawed and has refused to sign the protocol claiming correctly that it will decimate the American economy. It will do that because that is one of its aims. But putting political posturing aside, the widely asserted claim of its designers claim that the goal of Kyoto is to reduce greenhouse gas emissions to levels lower than they were in 1990. If that is the true goal of Kyoto, then Canada has no business standing up and pointing fingers at anybody, least of all the Americans.

Canada, under a Liberal government, signed the Kyoto Accord, legally binding itself to work towards the stated objectives. It has failed miserably. The latest figures show that Canada is in no position to be trying to bully anyone, especially the United States. The reason is simple and lies in the numbers. Canada’s emission of the so called greenhouse gases is now 24% above 1990 levels. The Americans? They are just 13% above 1990 levels. Of course, facts have never mattered to the Liberals, and they know that the more they can beat up on our once closest ally, the more political points they will score with Liberal voters. Such a shame.

What this does is trivialize the Kyoto Accord, something that the Liberals claim to cherish and revere. Paul Martin has assured the rest of the world at Montreal this week for the global warming conference that Canada will indeed make its committed targets. Right, Paul. And how are you planning to do that?

For Canada to meets its goals, it would pretty much have to pull the plug on our electric grid for the year 2012. If you have a deep freezer, start letting it empty out, and start buying candles. There is absolutely no way that Canada will meet its target which leaves me wondering something. Is our prime minister lying to the world, or does he actually believe everything that he says?

Myself, I don’t lose any sleep worrying about stuff that is happening naturally, because there is nothing that I can do to change it. Scientists say that a rise of just 1 degree Celsius in temperature would take the Earth into climate patterns it has not seen for at least 500,000 years. So, it has done this before right? Was there another industrial revolution half a million years ago?

I believe that the real problem that most have with the United States is that they are sovereign. They aren’t about to be bullied about, nor pressured into a decision that will change their country for ever. I think that the world’s leaders are frustrated that the U.S. is just too tough for them to push around. As I have said before, Kyoto smacks of nothing more than a mechanism to reduce the American economy and transfer it to other nations. It is so frustrating for its architects to not be able to convince America that the sky is falling.

Since bullying won’t work, now it is time for threats, harsh words, and the occasional guilt trip. I am still mystified about the emissions thing. If the United States is so far ahead of Canada in the stated objectives of reducing green house gases, why are they not being lauded instead of vilified? It makes no sense, unless the true goal of Kyoto is something else. Maybe it is simply a test to see if the United Nations can wield global clout.

As Rex Murphy said, “Perhaps Kyoto is Japanese for hypocrisy.”