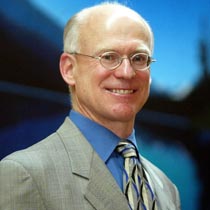 I was watching the nightly news Tuesday night as Prime Minister Stephen Harper emerged from the vote on his nominee to head what was to be the newly created Public Appointments Commission. While visibly upset at the outcome of the vote on whether to accept the nominee, he shouldn’t have been the least bit surprised.

Mr. Harper apparently expected the opposition members on the committee questioning Gwyn Morgan to base their decision on his merits, and to be open and look at what was best for the country. We are talking about Liberals here. What was he thinking?

Mr. Gwyn Morgan was attacked not on his record, because that speaks for itself. He has led some of Canada’s top corporations and was voted Canada’s most respected CEO in 2005 in a survey of 250 business leaders; no small feat. He has also served on the boards of the Fraser Institute and the Calgary University Hospital.

Watching the questioning of Mr. Morgan was like being transported to Capitol Hill and the vetting of one of their supreme court nominees. It was a sad sight to see. Many had warned the prime minister to forego the interview process because of the risk of it becoming simply another partisan mudslinging contest.

Perhaps he was being a little politically naive, but for his part, the prime minister had hoped that the opposition would simply refuse to sink to that level and would use the process to truly discover whether or not the candidate was qualified. Instead, they turned it into an opportunity to embarrass Mr. Harper.

Not only does this deal a serious blow to the ethics proposals that have been tabled, but as a more serious consequence, it will simply deter people of stature and character from even bothering to consider working with or in Ottawa. That will definitely be a major boost for the corrupt Liberal Party and a loss for ordinary Canadians.

I find it appalling that the opposition couldn’t find the maturity or the decency to put their petty partisanship aside and move this commission forward for the sake of our nation. Simply put, it appears that the more seasoned of our politicians are unwillingly to hand anyone the power to make changes that will affect the way their game is played, or who can force them into an atmosphere of accountability.

In one line of questioning, Mr. Morgan was asked about statements he made regarding the recent shooting spree in Toronto. During an address to the Fraser Institute last year, Mr. Morgan said about immigration that “Immigration has a social side as well as an economic one. The social side is all too evident with the runaway violence driven mainly by Jamaican immigrants in Toronto, or the all too-frequent violence between Asian and other ethnic gangs right here in Calgary.”

The remarks were brought up for no other reason than to play the race card, that old fall back in the hands of so many political officials. When asked about those statements, Mr. Morgan did something that no one in that room trying to condemn him had ever done; he stood his ground and stood by his statement. In reading his statement even in that limited context, one would be hard pressed to find any errors in it, except for the high incidence of political incorrectness.

One would have to be a complete idiot not to notice that most of our drug violence in Toronto has been perpetrated by black youths of Jamaican descent in what is obviously a turf war. That does not condemn all black youth, nor all Jamaicans. It simply states that the problems at hand were being caused by a specific segment of our population, and that immigration policy by any government can play a role in solving or exacerbating the problem. (For those of you in college, that mean it can make it a lot worse.) The same applies to the comments regarding similar woes being felt in Alberta.

Peggy Nash of the NDP Party made a statement after the vote stating that the committee had turned down Mr. Morgan’s nomination because of his ‘very troubling’ statements on immigration. That is not the truth, Mrs. Nash. The truth is that you enjoy playing the divisive race card. It is a shame that you chose not to go beyond your politics to do what is right for the country. As well, if Mr. Morgan’s statements are very troubling, then you should have stood up when Reverend Eugene Rivers was here from Philadelphia. Of course with him being a well-respected black man, your accusations simply wouldn’t have had the same affect, that being to once again suggest that this government and its friends are phobic.

It must also be noted that Mr. Morgan’s reason for accepting the nomination was purely patriotic. He had agreed to take the job for the sum of $1 per year, which would reflect the worth of many of our present MP’s.

Shame on the whole lot of you.