Even if you wake up everyday with a perfect smile on your face, it can easily be ruined by the difficult people you meet at your workplace. You can’t even avoid them because they are already part of your daily life. They make your day stressful which gives you a dreadful feeling to leave the work immediately. What’s worst is that they can even make your supposed to be enjoyable day unhealthy. But worry not because in this post I will share few effective strategies which will help you to deal with these difficult people.

Before I tell you about these strategies, let us first learn why people are becoming difficult to deal with. Studies has explained that people who shows complex behavior like it when others are being incapable of effectively responding to their character. They see superiority within themselves and enjoy the feeling of it. Worst happens when they become resistant to other people’s advice to change their behavior. They see other’s opinion as conflicting to their belief which is odd because they were the one who make things complicated. Below are the strategies or coping methods to deal with difficult people: 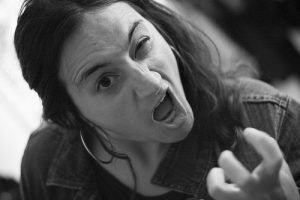 As mentioned above, they like it when they feel superior so it is not only you whose life they love to make miserable. Their behavior is already a habit to them so if you take it personally, they may even plan to make your life more miserable. Remember the problem is not with you, there must be numerous people who feel annoyed with their unpleasant behavior.

In the first place, trying to get even with difficult people only degrades your character. Do not go below their level. These people are already skilled with this kind of troublesome behavior so you might just lose the game. Never fight back or beat them because in this kind of fight, the winners cannot even feel their victory.

3. Do not try to pacify their behavior

Never try to pacify or soothe them because the more you do it, the more they would want you to do it over and over again. The reason for this is because they thought you are supporting them and everything is alright. The more they get support from people, the more they become aggressive.

4. Don’t try to change them

You cannot actually ask them to change for you. If they really want to change their behavior, they have to do it first for themselves. What you can do is try to adjust with their behavior because it is you who can think in a rational way. What they need is your understanding and patience.

5. Stand to what you believe is right

This may be difficult because you already know that they won’t buy your thoughts but you need to be firm and establish yourself as a authority. Again, do not try to win the game because they never stop the argument until you lay down your arms.

6. You can question them with their sneak attacks

Difficult people can be cynical most of the time and will create “make faces” to irritate you more. They are capable of doing disapproving looks and sarcastic tones so when they do this to you, question them. Ask what that look or sarcastic tone is all about and certainly they will deny it. The next time you see them, they will reduce that kind of bad behavior and they know that you are capable of confronting them if they attack you again.

Difficult people are sometimes suffering from low self-esteem. They see negative things and it reflects in their behavior. Their too much complaining affects their co-workers behavior too. The best way to deal with them is to stay positive and ignore them.

8. Listen to what they say

Sometimes what difficult people want is someone to listen to them. They long for attention and love. There are also difficult people who don’t even speak but will just throw you with sullen looks to make you feel uneasy. If this happens, ask them and wait for a minute until he or she speaks. The thought of you standing there and waiting for a response will make them feel uncomfortable and they will just decide to speak up. If they do, listen carefully and analyze it.

I have already told you that it would be really difficult for you to change their behavior but never give up. It should be you affecting them and not them affecting you. Once they feel that you are different and they can’t beat you, they will learn to become distant and would not interfere with you again. If they realize that, you can already enjoy your stay in the office or in the school.

There are really people who will blame you for things you never did. These people may even be part of your family or someone that is close to you. Don’t mind their critical remarks because you know yourself better than anyone else.

11. See what’s good in these people

Instead of dealing with their pessimistic attitude everyday, try to look at what’s good or what’s best in these people. That way, they will start to like and appreciate you. They won’t give you cold stares and sarcastic tone voice anymore. But never exaggerate, just say what is real.

12. Accept who they really are

As said earlier, you cannot change them so it is better to accept the truth that you have to deal with them constructively. Learn that as much as you try to change them, you only invite arguments or confrontations. If you keep on opposing them, they will only see you as a difficult person too. So you make your self no difference to them.

Do not talk about politics or regional beliefs if you know that it can create an argument. If the person is trying to make a debate, change the topic or excuse yourself.