Relationship breakups are very common these days. I strongly believe that a person should never continue the relationship if the partner is not the perfect one to get along with. There might be several reasons for the breakups. Sometimes the reasons are quite serious while sometimes quite funny and not worth stating. However no matter what the reason for the breakup is, one thing is sure that you don’t want to continue with the person any more. Even many relationship advisers tell couples to end their relationships instead of having frequent fights and quarrels. How yo break up with a guy isn’t so easy to do for a women. Moreover when you are a female in the relationship things might get too complicated for you. As a woman in relationship you should always be aware when things aren’t going the way you want them to be. If you feel that the man in your relationship isn’t the right person to be with you certainly need to end up the relationship. If you want to know how to break up with a guy, you need to read the following article. Follow the tips mentioned below and you will surely get to end your relationship.

When you are in a relationship contacting your beloved is the most frequent thing that people do. Like all other boyfriends, even your guy must have been in a persistently calling to know your whereabouts. If you can start ignoring his calls, questions like “why didn’t you pick my call” or “why was number going busy when I was calling” will become a common topic for your fights. Doing so will make your boyfriend boiling with anger and thereafter giving you the best way to breakup with your guy. Avoid answering his calls or try to make him wait as long as possible so that you leave him irritated to his core. You can even do this by not calling him when he expects you to. Let this go for days and then weeks. If your boyfriend is smart enough, he will surely get to know that you aren’t interested in him. 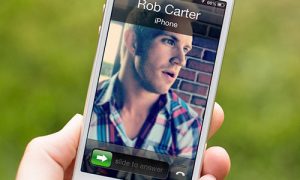 2. MAKE ISSUES ABOUT HIS FAMILY

One thing that makes guys touchier than anything else is their family. Involving topics about his family can act as great asset on your part. Start criticizing your man with family issues and you will see that he will surely attempt to break the love ballad. Guys are generally close to their mothers, so you can tell him that you don’t like the way his mother walks, talks or act. This will leave him to think about the relationship and he can even step out with the correct result. If this trick fails you can always get him ragged from your parents. All you need to do is to invite him over for a Sunday dinner and have your parents rag on him.  When mom and dad don’t like him, he won’t have a great shot at staying with you.

3. PLAY WITH HIS WEAKNESS

While you are in a relationship with the guy, you would know a lot of things about him. Things that he hates or the things that can be his weakness can be your biggest surplus. All you need to do is to start doing things that are generally disliked by him and you will surely make your man go furious with anger. If he loves to have food with you, start avoiding having meals with him. Phones or iPods are really loved by guys, so you can drop his cell phone or iPod in front of him and don’t even apologize for it. Once he notices that you aren’t the same girl, who used to love him and take care of him he will surely plan to move out of the relationship. This will give you the perfect opportunity to breakup with the guy. Bring in such deadly sins into practice and you will happily get rid of your irritating boyfriend.

4. SHOW NO MORE INTEREST IN HIM

If you are too bored out from his boring lifestyle, why don’t you make him notice the fact? For such act it is preferred that you avoid showing any kind of interest in his actions. If he asks you toaccompany him to a show or a party simply refuse the offer. Whatever he does or say, act as if you are not mentally with him. Make him feel as an alien by shifting the topics of his discussions to something completely opposite to the topic. You can even talk about the topics that aren’t relevant to your relationship and avoid listing to him. Doing so will surely leave your guy frustrated and giving you the perfect moment to breakup with him.

5. ACT AS HE NEVER KNEW YOU

Before you plan any further in order to dump your boyfriend, you need to get above the position of his ideal, loving and caring girlfriend. For this you need to overcome the image that you created in the starting of the relationship. React to his actions or questions that he might have never even imagined in his dreams. Do things that he never expected you would do. If you are still in talks, make issues of his day-to-day talks so that he avoids talking to you. However if he meets you, start overreacting about his habits and interests. Guys are quite sensitive about their dressing style, so you can point out their dressing as boring and too old-fashioned. Make fun of his hobbies and interests and wait for the suitable moment to breakup with him.

Why would a guy be interested in you when he finds that you are cheating on him? For this you need to plan an episode where your guy catches you with another man. This is a sure shot method to bring your relationship to an end. An even better idea can be to flirt with your boyfriend’s best friend or the guy your man hates the most. For instance, you can throw a party at your home and start mingling with the hottest guy in the house. Dance around him and offer him to accompany you till your room. If your boyfriend is noticing you, he will surely follow to the room. Surprise him with something that he didn’t expect from you. Show him that you are no more interested in him.

7. TALK TO HIM ABOUT OTHER GUYS

This step is highly recommended in order to get a breakup with your boyfriend. Talk about ex or your latest crush. The moment you do that, it will surely make your boyfriend burn in the never-ending fire of jealousy. Your efforts will be rewarded when you maintain the blows.Tell your boyfriend that how interesting your friends are in comparison to him. Mention that his lifestyle is totally outdated and he needs a complete makeover. Talk to your male friends in front of him and appreciate their life. Your boyfriend is sure to get a high blood pressure after this and a granted breakup.