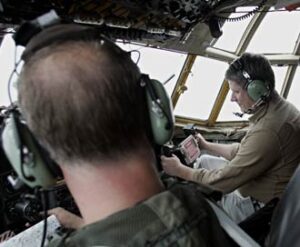 As a conservative by heart, it has been hard to watch what I truly feel has been a rough start to the latest parliament. There have been many missteps and quite a few things happen that, as much as I try to stay positive, I simply don’t understand or perhaps agree with. However, I have tried to be balanced and not simply a hack like some of the people that I have had the opportunity to write about. So, it is with great satisfaction that I can write today’s piece.

A couple of hours ago, our prime minister did something amazing. He touched down in Kandahar, the hot spot in which our troops are being targeted for death by the remnants of the old Taliban regime. The Taliban feel their grip fading even further and the diehards are not about to simply go in peace, but would rather go in pieces. taking Canadian soldiers with them.

Taking pictures on the tarmac with about 30 soldiers, Stephen Harper stated that he believed that the new government and indeed all Canadians should show our soldiers that we are behind them in their endeavor to bring peace to an unstable place where many warlords do not want it.

A visit to a war zone by any leader brings with it certain inherent dangers, such as the loss of that leader, but as Stephen Harper sees it, it is time a Canadian leader put his money where his mouth is and paid the troops more than just lip service. His presence at the base does more for the troops of our country than any other act could have done. It even goes further than our Conservative government’s election pledges to support our military where past government’s had not.

“There will be some who want to cut and run. But cutting and running is not my way, and it’s not the Canadian way.” Mr. Harper said. “We don’t make a commitment and then run away at the first sign of trouble. We don’t and we will not, as long as I’m leading this country.” He was no doubt addressing the latest attempt by some in the press to undercut Canada’s role in Afghanistan.

The prime ministers encouragement speech was appreciated, and that is the key. Our men and women put themselves in harm’s way because they believe in Canada, in our way of life and our value system. The greatest thing that the rest of us who are unwilling to do our part in defending our nation could do is at least show some appreciation. Is that too much to ask for?

While a very small number of Canadian journalists have sunk as low at this moment as to go partisan with labels such as “Bush lite”, for the most part, our men and women in the press have done an honourable job of reporting this story in a way that also shows support for our soldiers, and that is nice to see.