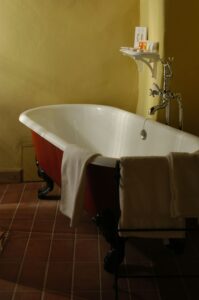 Religion is dying off as secularism takes all of the energy that our culture has to give. Gone are the days of prayer in school, and most people find that just dandy. In fact, ask your average Canadian, and they will tell you that they don’t care and that it just doesn’t matter, or they will tell you that it is good that we have finally put that ‘superstition’ behind us. This is the age of reason, of knowledge and information. What need have we of faith?

Myself, I still believe that we have a Creator, and that we are but clay in the potter’s hands. That is simply my belief.

I sometimes wonder why so many were so quick to try and kill God off. I don’t believe they will ever succeed, but still, why would they want to? Let’s put religious beliefs aside for a second and look at what else we have discarded.

Many say that religion was invented to keep men in line through fear and intimidation. For sure, many religions were keen on keeping the subjects of the land subjugated. Religion, however, has nothing to do with one’s faith in God. Religion is not the substance of God, but rather the organized fellowship of many. It is complicated, but I hope you understand what I mean.

I want to ponder what we threw out with the campaign against religion; a campaign that very few fought for with very loud voices.

We see children today joining gangs. Gangs have been around since there were enough children to form them. Today’s gangs are different, though. They are filled with a violent hatred. The youth of today sometimes kill because they feel someone simply looked at them. What causes a young person to become so disenchanted with life that they harbour such disdain for it? We were once told that human life was sacred, but sacred has been discarded.

Our politicians are mostly corrupt. Again, corruption is nothing new. What is new is the absolute indifference the people have towards it. It was always with us, corruption, but now it is so prevalent that no one shows any surprise when our leaders are exposed. A recent poll had voters voting against the current prime minister twice as often because they felt the party had been in power too long, as they did because he had a lack of integrity or character.

Character is another thing that we don’t see much of anymore. It used to be taught in all homes, but most no longer read the Bible, where character is described and encouraged. The Bible espouses many fine qualities in our young men and women, and of course in our adults. There is honesty, trustworthiness, kindness, compassion, integrity, forgiveness, thankfulness, gratefulness, honour, and meekness. There are other facets of our culture that are lacking that can also be found in scripture such as punishment, retribution, and justice. If you go over each of those things that I have just listed, you would be hard pressed to disagree. In fact, I could spend an entire week on each one of them.

Honour is a forgotten trait. I remember as a young lad being scolded for throwing some trash on the ground. My mother told me it was wrong. She said, “Imagine if everyone did that, there would be billions of those on the ground.” She was right, of course. She was environmentally savvy before the movement existed. I had never put it in that context before, but all of a sudden I could see wrappers piled over the buildings. Where does honour come in to this? A while later, perhaps a month, I once again threw down a wrapper. I continued walking but eventually I had to stop and go back and pick up the wrapper. Why, you ask? Honour. I had given my word, and it bothered me that I had not kept it. It mattered.

Obedience. There is a loaded word. I love the looks I get when I tell my children that they aren’t obeying me. When others hear that word, they look at me scornfully. Obedience is a forgotten concept. It doesn’t come from discipline, as some would like to think, but from training. You see, long before they had obedience schools for dogs, parents used that word as a character trait, and a positive one at that. When you train your children to obey you, you not only find that you have them under control, like you should, but you will also find that your children acquire a respect for you that is passed on. It manifests itself in all sorts of situations, such as school, work, and society.

People today have no respect for authority. While we must ensure that we are never oppressed, we must also live within the law. When respect for authority disappears, you have lawlessness. It used to be that laws were simply obeyed. Today? “Do whatever you can get away with” is the motto.

In my youth, even those who fought with each other had a code of honour, of respect. Even though the concepts were convoluted somewhat, they were still adhered to. These days, anything goes. Twenty people beating on one is seen as a normal occurrence.

Since that period where we suddenly and amazingly became enlightened enough to think we knew it all, our society has been on a downward slide. It has been both profound and pronounced.

I simply find it amazing that we believe that we can throw out the rule book and still expect the game to be played in a fair and respectable manner.