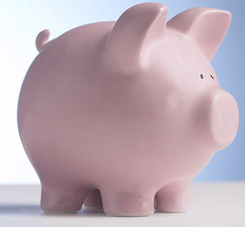 Yet again, our world has gotten just a little more strange. It is most evident that England is on the cutting edge of political correctness these days. It seems that Britain’s Halifax and NatWest Banks have banned the traditional piggy bank. Yes, you are reading this right.

In a move that was lauded by some Islamic groups, two of England’s banks have exiled their little piggies to avoid offending Muslims. Is this a joke? I am sorry, but I am laughing while typing. I have never heard anything quite this stupid, and that is saying something.

Now I could see a bank in the shape of a cross being offensive to most secular people, or perhaps an image of myself, but a plastic pig?

Yes, that’s right. Our Jewish friends have never cried out against offensive money containers. Perhaps they have too much to do to worry about stuff this petty.

It is good to be sensitive to the feelings of others, but it is equally as good to have a little common sense to know when things are getting just a little silly. I think that perhaps it’s time that all reasonable English people should change banks, and should send these two ‘offensive’ banks a clear message: “This little piggy is staying home.”

I wonder what they plan on replacing them with? Perhaps the ol’ “wired car” bank?