Fights and arguments between people are not uncommon. Whatever the relationship, whether it is a business relationship, a romantic one, or good old friendship, there will always be occasions when you don’t agree, or see eye to eye. It is impossible for 2 people to agree on every single thing. In fact if there is absolutely no disagreement, then there is cause to worry, because it means that one of you is all the time being submissive, which is not a healthy sign.

Every normal individual has an opinion on everything, and when opinions differ, they start arguing or fighting to prove that they are right and the other person is wrong. The argument soon leads to a major fight if it is not controlled. The purpose of the argument is to resolve the issue, but then the ego steps in, and then it becomes a question of who will win. The ultimate goal of an argument should be to come to an understanding, and not to force the other person to change his mind. Here are 20 things you must never say during a fight.

Similar Posts That You May Also Like: 1. Ways To Deal With A Mean Girlfriend, 2. Deal With Loneliness After A Break Up and 3. Reasons Women Stay in Abusive Relationship. 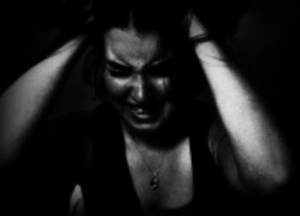 1. You don’t know what you’re saying

Now, this is character assassination, and no normal individual will accept this without retaliating and insulting you in a worse way. You are clearly saying there’s something terribly wrong with him, and he’s not a worthy partner. Never say this. Who are you to judge another person?

Using bad language can take the argument to uncontrollable lengths. Labeling people is not acceptable, and could cause permanent damage. You may regret later, apologizing that it was said in the heat of the moment. But the damage is done, and can never be repaired. This relationship can never be on a friendly basis again.

4. There’s no point in talking to you

Nothing can be more insulting than this statement “There’s no point in talking to you!” You are actually telling the other person he’s an imbecile, he won’t understand anything. Instead, if you could say, “I think I’m not able to get through to you….. let me put it this way……”

Again this is offensive, labeling her and insulting her. However close the relationship, you have absolutely no right to say things like this. Most probably, your partner was always on the heavier side, and still you married her.

If you are fighting about something, obviously both of you are at fault, and have complaints, so don’t dismiss the other person’s feelings as inconsequential, by making statements like this. Obviously he is concerned and wants a solution, and if you dismiss it off, he’ll probably stop talking to you and become angrier.

This is like playing the blame game. Resorting to absolutes will make him feel helpless and angrier,, and this could lead to a bigger fight. Try saying “I” instead of you. I’m upset…… Starting with the pronoun “I” puts the focus on how you feel and so takes away a lot of insinuation.

8. If you really loved me you would

You will never be satisfied, if you treat your partner as if he’ll never satisfy you. Don’t try to control your partner, and the way your partner should act, to keep you happy. You could be less harsh by saying “I thought you would……”

This retort is very judgmental, and is a kind of character assassination. Nobody likes to be called a liar. You can perhaps say, “I don’t think that’s true.” And proceed to say what you feel.

When an argument becomes so bad that you don’t want to hear the other person’s point of view, it would be better, if you just say, “I’m sorry, I’m not able to understand what you’re saying,” and walk away instead of screaming. This will give you time to cool down, and if your partner follows you, to continue giving his point of view, it will at least allow you to say something less offensive, and in the bargain come to an agreement on how to handle the situation.

Whenever we bring another person into the argument like “You’re just like your mom…. Or You’re exactly like your dad……. We are being very unfair and mean. This statement will not only make him angrier, but will also weaken the relationship you have with his relative.

Try not to use words like, “never” and “always”. You know that they are they are exaggerations, and not true. So it will surely put off your partner, who’ll retort “Okay, I never,… so …” and you’ll push him further away from you with your constant whining and complaining. Instead of over dramatizing the problem, be a little more reasonable and give examples.

Clubbing everything that your partner says or does, as a negative character type, is very unfair. You need to remember to react to and focus on what your partner said, and not generally refer to the kind of person he is. This is an extremely defamatory statement, and should never be said.

This statement can really destroy your relationship. You are saying very clearly that you are not bothered, he can go to hell, and you are going to continue behaving the way you want. You don’t want a solution to the problem. Remember, if you don’t care about the other person, he has little reason to care for you.