Divorce. A traumatic experience for both parents and children.

Husband and wife are divorced from each other and go their separate ways.But what about their child? They cannot get divorced from him. In most cases there is a bitter battle, (with a lot of dirty linen washed in public) about who gets custody of the child. Allegations about each parent’s parenting skills are hurled. And sometimes the child is asked who he wants to live with. What can he answer? They are both his parent’s after all. Or, the court decides who he should live with.

Either way the damage is done.
The child’s world has fallen apart.

Similar posts that you may also like: 1. The ill-effects of Divorce on Children, 2. Manage a House as a Single Parent and 3. Never Say These 7 Things To Your Kids. 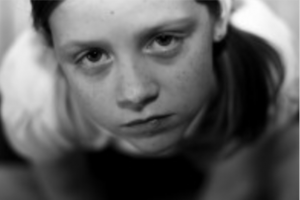 Often, in a bad marriage the worst affected is the child or the children. Just before the divorce he would have heard his parents fight and wondered whether he was to blame. He would have probably witnessed violence and suffered in silence. After the divorce, it’s a completely different life for him. What is his position now? If mother and father are no longer family, where does that leave him? Does he have no family? Or is he part of an incomplete family? He probably has to spend the weekdays with one parent and weekends with another. And if either one or both parents get into new relationships, he has to suffer watching his beloved parents with different mates. Obviously all this will have an indelible impact on him, and affect the way he acts and responds to situations in his life. Let us consider some long term effects on the children of divorced couples.

Well, when you actually sit down and list out all the negative things that could happen when a marriage breaks up, you wish one can turn back the clock and go to the Once upon a time there lived a happily married couple stage. Anyway, what has happened has happened, and it is up to the parents to ensure that their child or children do not go through the traumatic emotions and feelings listed above.

Whatever the reason for the divorce, the parents should calmly tell the child that he is not to blame. Mom and dad are having a problem and so they have decided to live separately. But they will continue to love and care and support her. They will make sure she continues with her old school and extra curricular activities.